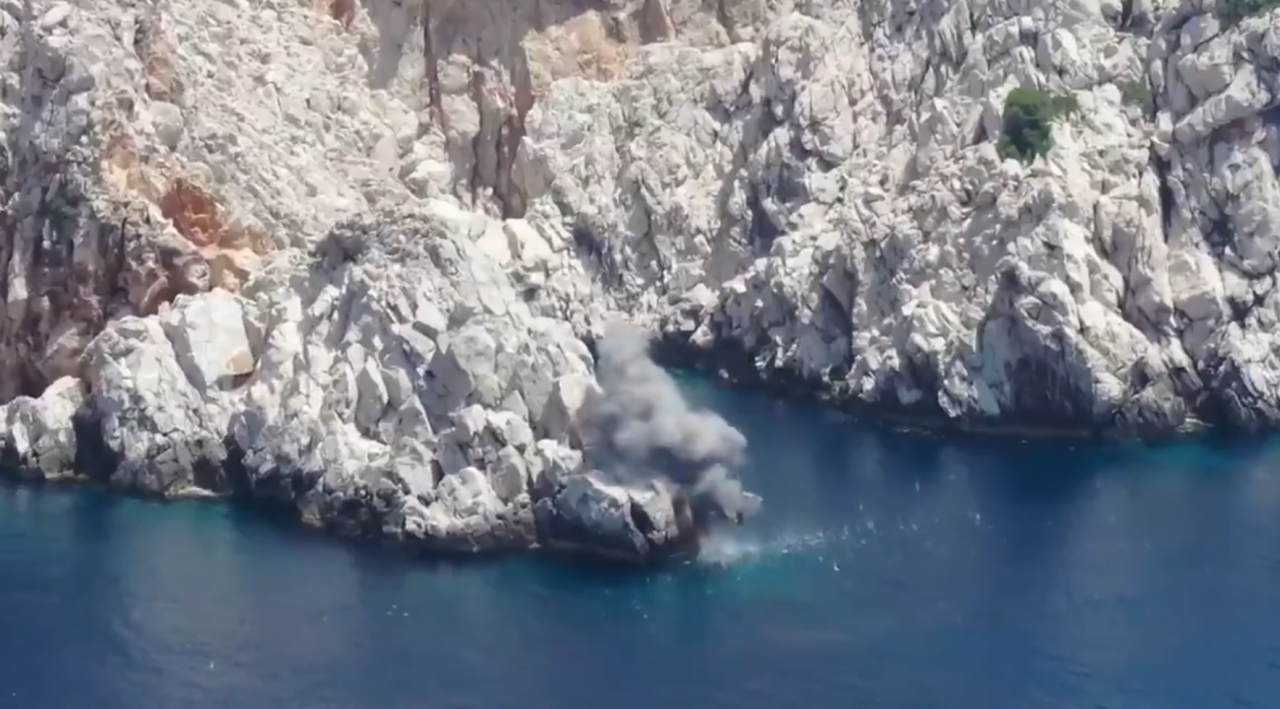 ARES Shipyard’s CEO Utku Alanç expressed that with the completion of the firing tests, they are aiming to develop the World's Best Unmanned Surface Vehicles and pioneer the world as Turkish Engineers in this field. He also underlined that they have targeted to bring Turkey in a leading position in the world, creating trends in the field of USVs, just like  the indigenous UAVs.

Meteksan Defence President Selçuk Alparslan stated that as Turkey, while pioneering the doctrines rewritten in the world military conjuncture, they were immensely proud of firing tests of ULAQ AUSV, which were carried out within Sea Wolf 2021, the most comprehensive naval exercise in the history of the Turkish Republic.

After the opening speeches, ULAQ AUSV, which was positioned in the south of Antalya Bay with Turkish Navy’s other combatant manned platforms, took action and was directed from the Mobile Coastal Control Station (MCCS) and transferred to the firing area. The Naval Forces Command and Coast Guard Command platforms also accompanied the firing. After the target was detected by sensors on the ULAQ, CIRIT Laser Guided Missiles were fired and resulted with direct hit on the target.

The President of Defence Industries Prof. Dr. İsmail Demir made a speech to express his feelings after the successful firing, which was eagerly awaited by all the spectators. Prof. Dr. Demir used the following words in his statements: “Today, it is obvious that we must have a naval force for the protection of the Blue Homeland and the protection of our rights in the Aegean and Eastern Mediterranean. In order to provide these the platforms needed by our Naval Forces as the indomitable guardians of the Blue Homeland, equipped with the latest technologies, we will continue to work as the Presidency of Defence Industries in close cooperation with our Ministry of Defense, General Staff, Naval Forces Command, our industry and other relevant institutions. We have reached an indigenousness rate of up to 70 percent in our projects, and we will increase this even more.

The days have come where we began to see similar products to the game changer UAVs, now in land vehicle, surface vessel and submarine forms. We are aware that combat environments with integrated unmanned systems await us and therefore we continue our work accordingly. We are supporting the endeavors to be put forward in this regard and we will continue to support them''.

ULAQ AUSV, as Turkey's first armed unmanned surface vehicle; can be operated via mobile vehicles on land and from headquarters command center or from floating platforms such as aircraft carriers and frigates in the execution of missions such as Reconnaissance, Surveillance and Intelligence, Surface Warfare, Asymmetric Warfare, Armed Escort and Force Protection, Critical Facility Security.

Moreover ULAQ AUSV, which has the ability to operate with other AUSVs with equal or different structure, and conduct joint operations with UAVs, AUAVs, TUAVs and manned aircraft; is not only a remotely controlled unmanned vehicle, but a state-of-the-art autonomous vessel with superior capabilities thanks to its artificial intelligence  features.

Following the AUSV version, which is the first phase of the project initiated by ARES Shipyard and Meteksan Defence, unmanned surface vehicles for intelligence and electronic warfare, mine hunting, anti-submarine warfare, firefighting and humanitarian aid/evacuation will also be commenced for production.