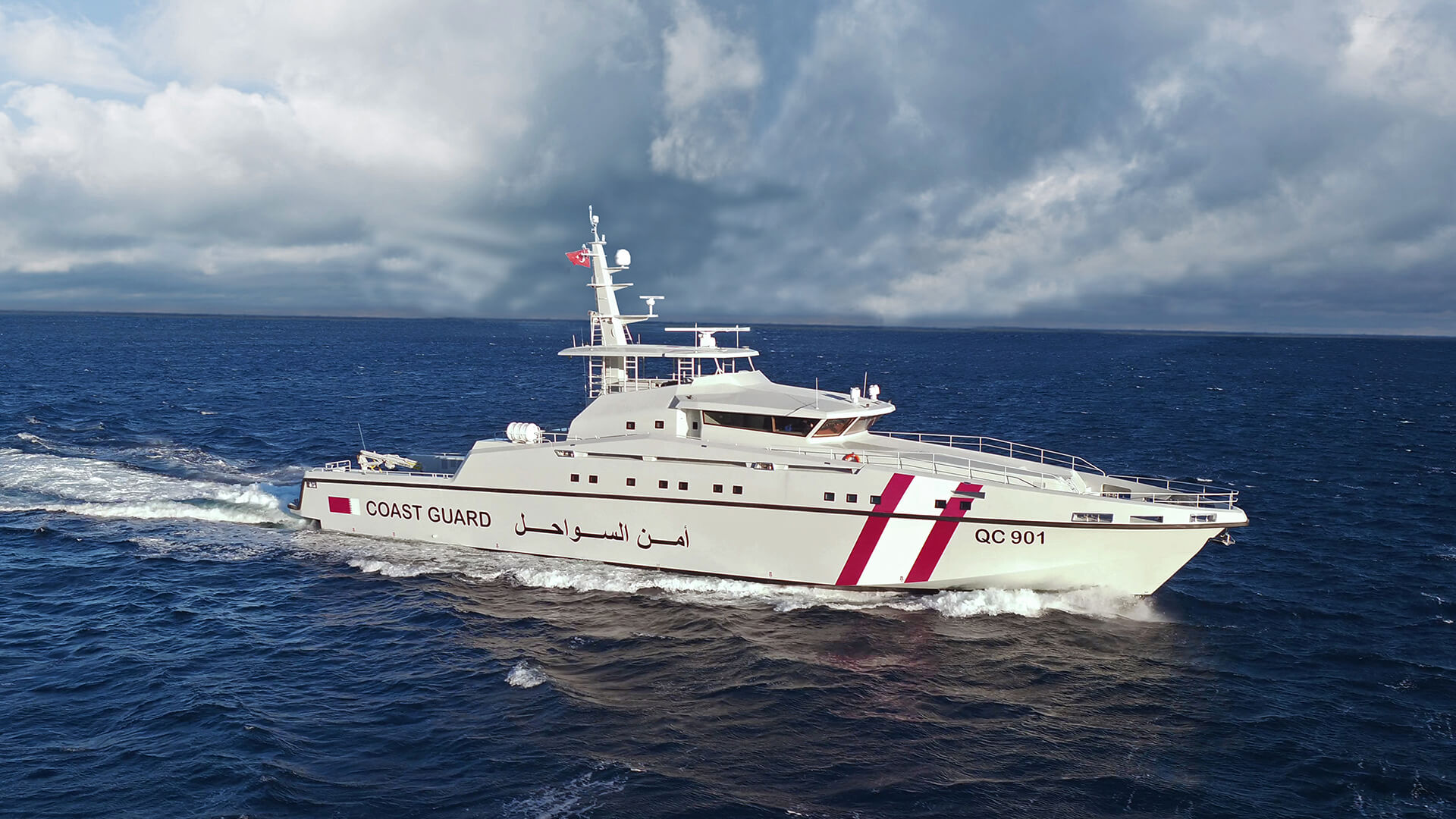 Turkish shipbuilder ARES Shipyard delivered the 10th of 17 fast patrol craft to Qatar's coast guard in late August and is poised to deliver three more before the end of the year.

Speaking to Jane’s at DSEI on 13 September, Utku Alanc, Deputy General Manager for Business Development at ARES, said the yard was on track to hand over the remaining four in the first quarter of 2018, completing the order 18 months ahead of schedule. The patrol craft are being delivered under a contract awarded to ARES in 2014 for 17 patrol craft in a range of sizes to meet maritime security and special forces support requirements. The order includes two larger 46 m ARES 150 HERCULES offshore patrol vessels, along with ten 34 m ARES 110 HERCULES, and five 24 m long ARES 75 HERCULES patrol vessels.

Deliveries began in October 2016 and five 24 m and five 34 m vessels have been handed over so far. Under current planning ARES will deliver another 34 m boat in October, one 34 m and one 48m boat in December, and the remaining four patrol craft in the first quarter of 2018. The ARES 75 HERCULES patrol boats displace 59 tonnes, have a length of 24 m, a beam of 5.7, and a maximum speed of 38 kt. The ARES 110 HERCULES vessels displace 117 tonnes, have a beam of 7.5 m and a maximum speed of 30 kt, while the ARES 150 HERCULES offshore patrol displace 245 tonnes, have an overall length of 48 m and an 8.9 m beam, and travel at speeds of up to 30 kt. All three classes of patrol boats are powered by a combination of MTU high-speed marine diesels and Rolls-Royce waterjets.