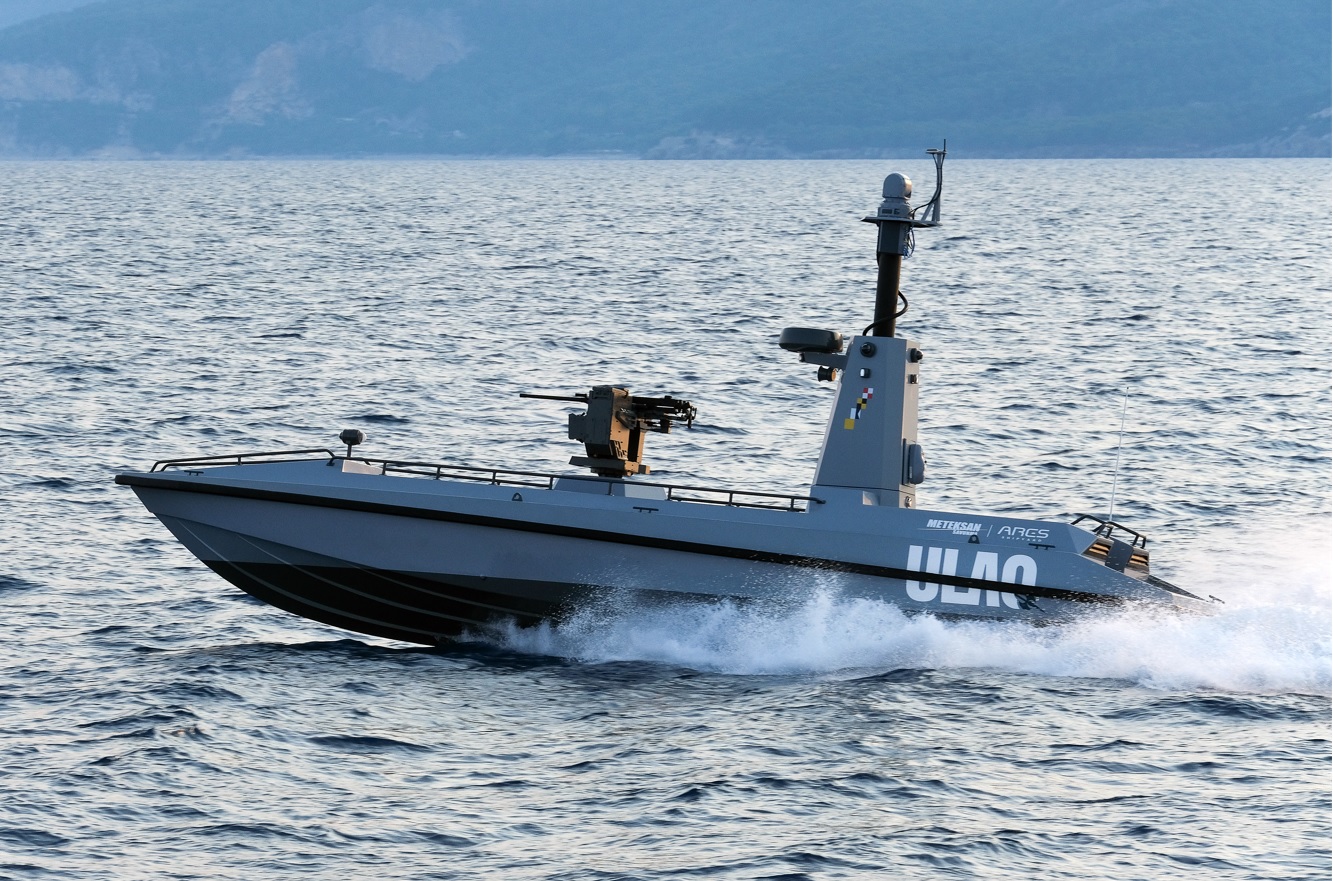 ULAQ, which successfully destroyed the target by firing a missile for the first time in the world from an Unmanned Surface Vehicle in May 2021, will be the fearless guardian of sea borders, naval bases, ports and critical facilities with its new remote-controlled weapon system.

In the joint press release on January 24, 2022, Utku Alanç, General Manager of ARES Shipyard, and Selçuk Kerem Alparslan, President of Meteksan Defense, stated: We would like to express with great pride and happiness that we have successfully completed all tests including the firing tests with the 12.7mm weapon system of armed unmanned surface vehicle, ULAQ-AUSV. We are aware of how important the ULAQ Unmanned Surface Vehicle is in the protection of sea borders, naval bases, ports and critical facilities. In this context, we continue our intensive activities to integrate new systems to ULAQ within the scope of different requirements.”

Having cruising range of over 400 kilometers, over 70 kilometers speed per hour, day/night vision possibility, autonomy, crypto and electronic warfare protected communication infrastructure, manufactured from advanced composite material; ULAQ AUSV will be able to be benefited in executing tasks such as Reconnaissance, Surveillance and Intelligence, Surface Warfare, Asymmetric Warfare, Armed Escort and Force Protection, Strategic Facility Security. Unlike its version completed in 2021, Turkey's First Armed Unmanned Surface Vehicle ULAQ is equipped with a 12.7mm remote-controlled weapon system for critical base/facility and port defense purposes in addition to reconnaissance and patrol missions.

Following the new version, which is the first phase of the project initiated by ARES Shipyard and Meteksan Defence in the field of unmanned surface vessels and firing tests of which was successfully completed, the production of ULAQ unmanned surface vehicles for surveillance and intelligence, mine counter measures, anti-submarine warfare, firefighting, search and rescue missions will also be carried on.