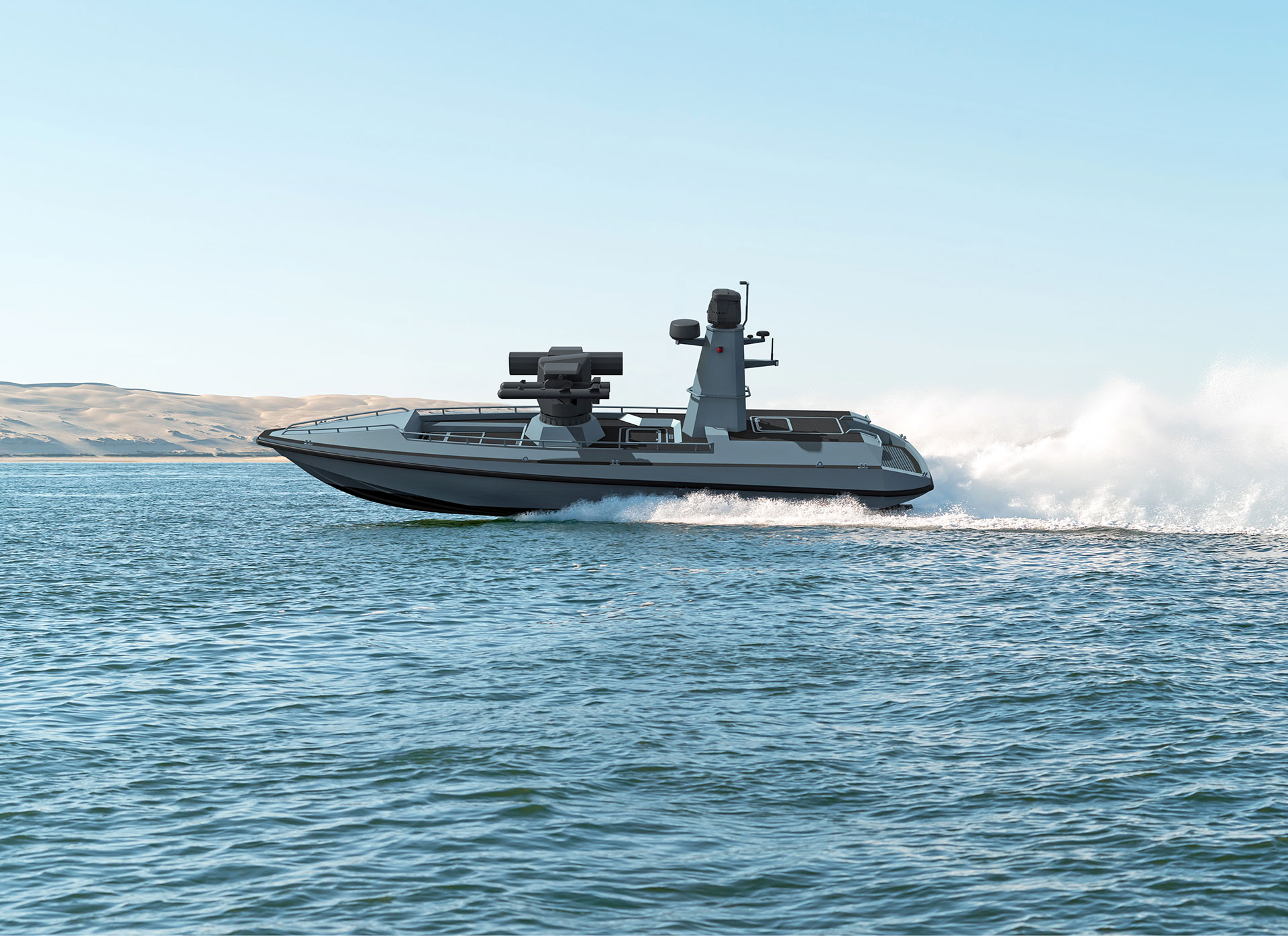 Antalya-based ARES Shipyard and Ankara - based Meteksan Defence companies have introduced the first unmanned combat surface vessel solution following the research and development activities that have been going on for several years. The prototype of the Unmanned Combat Surface Vehicle (UCSV) "ULAQ," which will be the first platform of its series, is expected to be completed in December. The design, construction, and outfitting activities of ULAQ are carried out by Ares Shipyard, the integration of remote command, autonomous, data-link, and data transfer systems are performed by Meteksan, and weapon systems are provided by Roketsan. All systems in the vehicle are designed to be redundant.

ULAQ, which has a length of 11 meters, a payload capacity of up to 2 tons, a maximum cruising range of 400 km, and 65 km/h (35 knots) top speed, is equipped with a day/night Electro-Optical (E/O) system, national encrypted communication infrastructure, and Anti - jamming GNSS infrastructure. Manufactured from advanced composite materials , ULAQ is equipped with passive and active stabilization systems, a damage control system with selfrighting capability, a telescopic mast and an antenna system to increase detection & identification capabilities, a navigation and surveillance radar system to track surface targets, as well as a laser and IR-guided weapon systems.

The project started in 2018, and research and concept studies were carried out between 2018-2019. In 2019, the prototype production process was started with national capabilities, and prototype design activities were completed in the first quarter of 2020. Production of the first prototype started in June 2020. The design studies of the prototype boat were finalized in August. Its structural production was completed and is planned to be launched in December 2020, following the outfitting activities. The first firing tests of the ULAQ prototype will be carried out in the first quarter of 2021 with 4 CIRIT and 2 L-UMTAS missile systems provided by the national missile systems manufacturer Roketsan. In addition to missile systems, ULAQ can also be equipped with different payloads, such as electronic warfare, jamming, and various communication and intelligence systems, to meet other operational requirements. Aside from being a remotelycontrolled unmanned surface vehicle, the UCSVs will also feature superior and high-tech advanced capabilities such as artificial intelligence (AI), swarming technology, reconnaissance & surveillance, data link, network-centric communication, and data sharing capability. It will be able to serve as an element of Combat Management Systems (CMS).

Following the prototype development, which is the first phase of a broader project initiated by ARES Shipyard and Meteksan Defence in the field of unmanned surface vehicles (USV), different UCSV versions for intelligence gathering, mine hunting, Anti-Submarine Warfare (ASW), Anti-Surface Warfare (ASuW), firefighting, Electronic Warfare (EW) and humanitarian aid/evacuation missions will also be ready for production thanks to its open architecture and scalable structure.